Constant Troyon, Toques River, Normandy.
This work was greatly admired, in its day, for its evocation of light. It seems to have been a precursor of the Impressionist fascination with light and atmosphere. 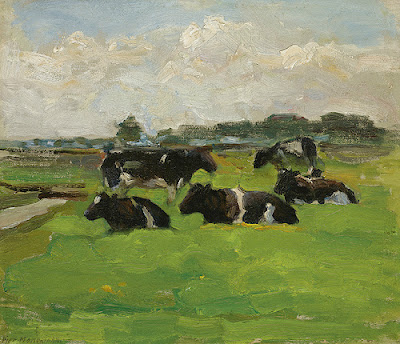 Middle Image: Polder Landscape with Group of Five Cows.
In this early Piet Mondrian you can already see the simplification and repetition of forms that later developed into pure abstraction. 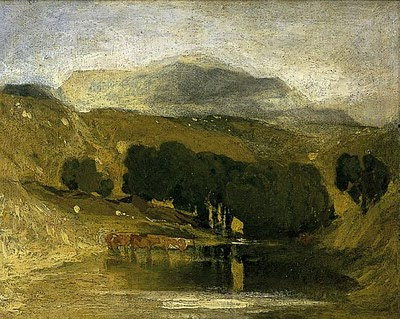 The last piece is by Cotman. A little gem of a painting. Cotman was a watercolourist but this piece is quite opaque in parts and may be gouache or oil.
Posted by jeronimus at 1:26 AM No comments: